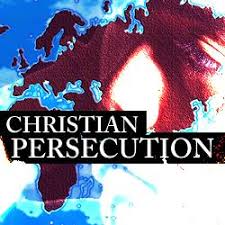 I found the recent article at Persecution Blog, “Do Americans Care About Persecuted Christians?” provoking and sadly accurate:

The Church is under fire. At that sentence, half the people who started reading this article just moved on to something more interesting. However, that response is troublesome. The plight of believers gets little attention on the global stage, leaving many Christians throughout North America unaware, and therefore, indifferent to whats going on in the body of Christ. Mention persecution, and eyes glaze over.

The indifference of American Christians to the persecuted church around the world does seem conspicuous. For one example, I’ve observed that when a prayer meeting is devoted exclusively to interceding for persecuted Christians, it’ll likely be one of the most poorly attended.

The article quotes extensively from Todd Nettleton, a spokesman for the Voice of the Martyrs, who explained that the average American Christian replies to persecution with “Man, that’s too bad.” In my reading, he gives 4 explanations as to why this seems to be the case:

1. Our media is focused on America. Nettleton says, “Our media covers things that are happening in America. In a 30-minute news program, we might get two minutes of whats going on around the world. That’s so true, I’ve pretty much entirely given up on the American news media.

Though I would also add that our media is biased against the persecution of Christians. If you didn’t read Ali’s article inNewsweek last year, “The Global War on Christians in the Muslim World,” you really must. She blows the cover off the obvious bias:

Over the past decade, these and similar [Islamic] groups have been remarkably successful in persuading leading public figures and journalists in the West to think of each and every example of perceived anti-Muslim discrimination as an expression of a systematic and sinister derangement called Islamophobiaa term that is meant to elicit the same moral disapproval as xenophobia or homophobia.

But a fair-minded assessment of recent events and trends leads to the conclusion that the scale and severity of Islamophobia pales in comparison with the bloody Christophobia currently coursing through Muslim-majority nations from one end of the globe to the other. The conspiracy of silence surrounding this violent expression of religious intolerance has to stop. Nothing less than the fate of Christianityand ultimately of all religious minoritiesin the Islamic world is at stake.

If Islam is defamed, the media reports religious bigotry. When Christians are harassed or killed, it’s just “civil strife” – John 15:19 is still true. Unfortunately, if American Christians get their news from most American media outlets, they’re going to view the world through the lens of those who hate them.

2. Our spiritual and biblical ignorance of Christian fellowship. Again, Nettleton says: “This is our family. These are our brothers and sisters. He’s right. In fact, this is what we’re commanded in Heb 13:3:

To “remember those who are in prison,” is not a proof-text for a jail chaplaincy to convicted criminals (which is not a bad thing, of course), but it’s about those who “also are in the body” with you, about remembering persecuted Christians! There’s only one Body of Christ (1 Cor 12:13; Eph 4:4), so when our brothers and sisters suffer, we’re suffering “with them.”

I’d guess that ignorance of these truths finds its source in the general personalization of Christianity in America – not to mention how many local churches are now sequestered into small groups. If the average American Christian can’t explain why they should care about all the members of their own church, why would they ever care for their brethren around the world? Addressing this factor then requires instruction from Scripture and the practice of faithful polity and membership in our churches.

3. Our understanding of “Christianity” is unbiblical. Nettleton explains, “Its not presented as this is what the Bible said was going to happen. This is what Jesus 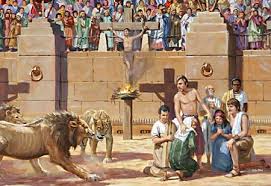 said if you follow me, the world will hate you. This is happening all around the world. Followers of Christ are being hated because theyre followers of Jesus Christ.” Unfortunately, the Schuller-Hybels-Warren-Stanley philosophy has become the dominant redefinition of “Christianity” in our land. So many American Christians have been trained to think that success is gaining the applause, accolades, and admiration of the world. Despite the fact that the Lord Jesus warned His disciples that they’re among the cursed “when all people speak well of you” (Luke 6:26) and Paul wrote (from prison!) “all who desire to live a godly life in Christ Jesus will be persecuted” (2 Tim 3:12).

As I’ve previously written in Am I Really Suffering for, by, and in Christ?, if professing Christians only experience love from the world, it’s probably because they really just belong to the world and not to Jesus (John 15:19; Jas 4:4).

4. Our hands feel tied. The great thing about American culture is that we’re “doers,” we like to fix things – and we’re generally optimistic about surmounting challenges. But in this case, we feel helpless. The article explains, “Sometimes Americans avoid the discussion of the persecuted church because the news is discouraging. Its hard to hear and yet feel helpless about changing anything.” As doers, American Christians need to learn that praying is doing! And, like earliest Christians, responding to persecution with prayer to our “Sovereign Lord” is a good response (e.g., Acts 4:23-31; cf. 2 Cor 1:11; Eph 6:18-20).

You start by praying. you educate yourself, and then, whatever God lays on your heart as a response, you keep saying yes to that and keep responding to that. You will find that you will enter into the fellowship of suffering…

The persecuted church is strengthened because we can encourage them, we can stand with them, and we can be a voice for them. But were strengthened as well because we see their faithfulness, and we see Gods faithfulness to them. And our faith is encouraged and challenged, and we find that we grow spiritually, as well.

It seems like what we need, is what our churches always need – faithful instruction and example from our pastors and teachers.

But I’m curious, what do you think? Are there other explanations for American Christians’ apathy toward persecuted brethren? And how would you suggest we begin to address it?

1 thought on “Do American Christians Care About Persecuted Christians?”