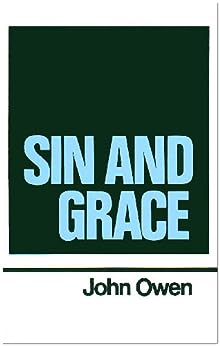 When you read John Owen, Sinclair Ferguson has said, be ready for the knife. That is certainly true with The Grace and Duty of Being Spiritually-Minded, which has nearly cut me in half (Banner has also published a paperback edition of this great work).

But Owen applies salve for the soul as well as he wields the sword.

Some, it may be, will say that if it be so, they, for their parts are cut off. They have no experience of any such spiritual rest and complacency in God, in or after their prayers. At the best they begin them with tears and end them with sorrow; and sometimes they know not what is become of them, but fear that God is not glorified by them, nor their own souls bettered.

What do we do when our prayers seem void of true rest and contentment in the Lord? Owen’s answer is fourfold:

1. There is great spiritual refreshment in that godly sorrow which is at work in our prayers. Where the Holy Ghost is a Spirit of grace and supplication, he causeth mourning, and in that mourning there is joy.

2. The secret encouragement which we receive by praying, to adhere unto God constantly in prayer, ariseth from some experience of this holy complacency, though we have not a sensible evidence of it.

3. Perhaps some of them who make this complaint, if they would awaken and consider, will find that their souls, at least sometimes, have been thus refreshed, and brought unto a holy rest in God.

4. Then shall you know the Lord, if you follow on to know him. Abide in seeking after this complacency and satisfaction in God, and you shall attain it.

-The Grace and Duty of Being Spiritually-Minded

In spiritual discouragement, remember that sorrow itself can be a sign of spiritual growth, persistence in prayer does evidence your rest in the Lord, even if it doesn’t always “feel” like it, and if you keep seeking the Lord, you will find Him.